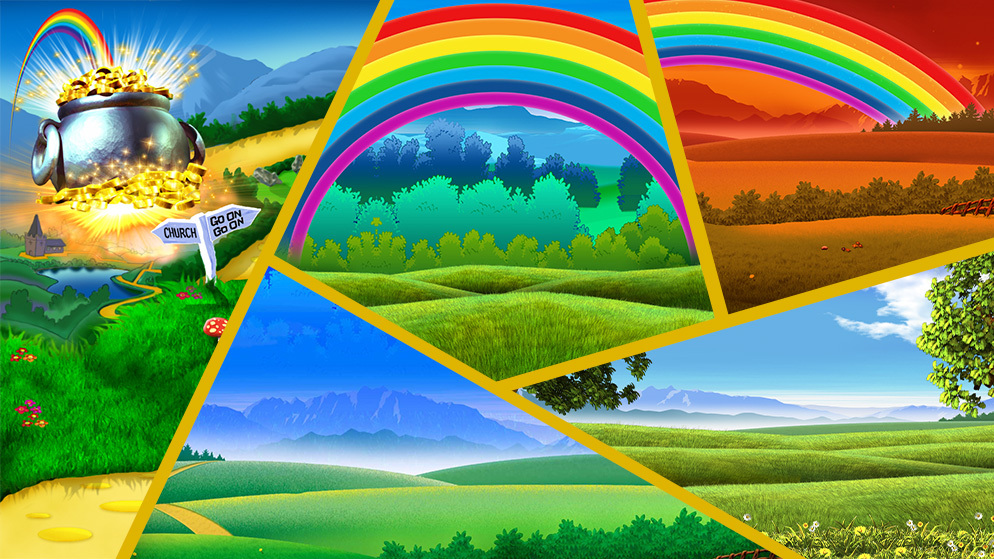 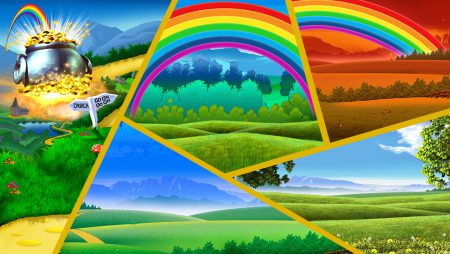 If you’re not familiar with Rainbow Riches, then boy, are you in for a treat. For those of you who have played and enjoy Rainbow Riches, we will highlight all of the different Rainbow Riches games available to play at online casinos.

A classic Irish themed slot and arguably one of the most popular across the majority of the casinos both land-based and online, Rainbow Riches has had such a positive response over the years that they decided to make all kinds of variations of the game. Irish slots always go down well with players, so if you’re looking for your next favourite, then there are plenty of Rainbow Riches games to choose from here.

Let’s start with the original. Some people reckon that nothing beats an original, in any format, so firstly we’ll look at its features and then see how the others compare.

Rainbow Riches slots are among the most popular in the UK, with players old and new growing to love the leprechaun character who accompanies the game. Inspired by the hit land-based casino game, Barcrest brought it online to serve online casino players with the joy of the Irish themed slots.

The Irish original has three special bonus features which make it such a joy to play, and you can enjoy some Celtic spins over at Bucky Bingo. Plus, Bucky’s welcome offer gives you free spins on this classic Rainbow Riches slot!

Road to Riches is a feature which is triggered by landing three or more leprechaun symbols. It will transport you along the winding road towards a pot of gold. The leprechaun will spin the reel and help you make your way up the path towards prizes and who knows, maybe even the pot of gold!

Trigger this pick & click game by landing three wishing wells on the reels in a single spin. Multipliers galore are up for grabs here, up to an Irish jig-worthy 500 times your total stake.

Land three of the famous pots of gold on reels 2, 3, and 4 and watch twelve gold, silver and bronze pots of special prizes create a ring around the leprechaun.

Whichever pot stops in front of you is the prize you will be granted. Again, you could be looking at top payouts of 500 times the bet, with a lucky landing!

Bearing in mind the fantastic features in the original Rainbow Riches slot, let’s see how the related games weigh up, shall we?

The first variation in our collection of Rainbow Riches games maintains the Road to Riches and Pots of Gold features we saw in the original but brings with it two new bonuses.

Land three or more of the toadstool symbols to trigger this feature.

The aim of the game is easy; the more toadstools you land, the bigger the bonus, up to a huge 500 times your total bet. With the same top potential payout as the original, there would be no harm in giving the Pick n Mix variation a spin.

Trigger this feature with three cash crop symbols and watch as a huge grid of 50 coins appears on the screen.

Some of these coins will reveal multipliers, which are then collected and added up to create your prize. Once this has finished, a large spinning coin will appear, and you will be prompted to click to stop it. The coin can land on either ‘Go On’ or ‘Collect’. As the options suggest, you will either play on and try to get more from the bonus game or collect what you’ve got.

The more rounds you can carry on through, the higher the multipliers and the bigger the potential payouts!

These two features are brilliant additions to the Rainbow Riches slots family, and if this version strikes you as incredible, you can take it for a spin at Kerching.

As the old saying goes, fortune favours the brave, and in this variation of the Rainbow Riches games, it is referring to the optional big bet.

In Rainbow Riches Fortune Favours, you can choose to ramp up your bet and get the magic fairy in on the action. The higher the stake, the better the bonus applied to that spin. The Magic Fairy is a symbol in standard play. A single fairy symbol in view at the end of a spin will transform into a random mystery symbol, and multiple ones can transform into the same mystery symbol for a chance at bigger wins.

In the big bet bonus, you get four reels which are played consecutively. The bet can vary from £10 up to £50 with new features coming in to play the higher your big bet becomes. Check out the Rainbow Riches Fortune Favours slot review at Kerching for full details, if you are interested in the bigger bet values!

There is another big bet option, for stakes between £20 and £50, and the highest stake creates a 200-payline reel set.

As well as the big bet, there are a few other features which might steer you towards a spin on this version of the Irish slot.

Land a triggering symbol on reel five and you will see gold and silver pots descend from the rainbow to serve as wilds. The sheer number of wilds on the rainbow means that there is mega potential for increased payouts.

There are also some free spins to keep your prize fund smiling, too. Fancy a spin? Head to Kerching.

We have another optional big bet with Rainbow Riches Reels of Gold, but there is also more to it than that!

There are ten reels, five of which look like that of the standard game, and five colossal ones, meaning that there are 100 paylines to play on.

The Rainbow Riches symbol will become wild when it is part of a winning combo, and then will transfer over to the other set of reels with stacked symbols, making way for some potentially big wins.

This little character can appear at random points during the game to bring with her some boosts!

Boosts could be stacked wilds, magic wilds, butterfly wilds, symbol upgrades or multipliers and guaranteed wins. If you have a near miss on a win, you may be treated to some help on the reels, too.

Three or more balloon symbols will trigger the free spins feature. The more you land, the more spins you get. Plus, you’ll get a multiplier, or your total stake added to your winnings.

Check out Reels of gold and more at Jackpot Jones.

This version of the Irish favourite has the familiar features in standard play, and a few unique features, too.

In Rainbow Riches Leprechaun’s gold, the lucky leprechaun bonus can be randomly triggered from any main game spin. He will throw bonus symbols onto the reels as they spin to help increase the potential for extra wins!

Landing three or more bonus symbols anywhere on the reels activates the Rainbow Ring spinner. Look out for free spins, wild rover and mystery prizes, and whichever symbol the arrow points to once it stops spinning, is your prize.

On the back of your free spins, if you trigger them, the wishing well bonus will appear, showing three coins.

Simply choose a coin to reveal either extra spins or a multiplier.

There is also a big bet feature, where a super rainbow can shine on the reels. Find out more about Leprechaun’s Gold at Kerching.

Trigger it by landing a reel stacked with leprechauns on the furthest left reel.

Four doors are positioned above the reels and one of them will open up when the feature is activated. The open door will reveal a symbol, and its counterparts on the reels will all turn wild. If not a symbol, then a fairy will appear which will turn up to five symbols into wilds. Hello, big wins!

Who wouldn’t want hundreds of ways to win? How about somewhere between 324 and 117,648 ways to win? The last of our favourite Rainbow Riches games does not disappoint!

Winning symbols are removed after each spin, leaving space for more symbols to fall into place and, with a bit of luck, give you some extra wins from a single spin!

There are four positions above the reels, and if a gem symbol appears there, you can trigger the Super Gem bonus. It will transform all gem symbols on the reels, including itself, into the same randomly selected symbol, and wins will be collected and added to your prize pot.

Land four or more pots of gold on the reels and you can some free spins. The minimum is 12 spins, but for any more than four pots, you’ll get an extra 5 spins, and who doesn’t love free spins?

These can even be re-triggered if special symbols remain at the end of a spin.

During free spins, the multiplier starts at 1x, and after each win, will increase by 1 and be added to subsequent wins.

Well, there you go. Eight versions of Rainbow Riches games to explore and decide on your favourite.

It was always going to be difficult to compete with the original, which is so popular. We reckon, though, that Barcrest has done a pretty good job of giving us some tweaks in the themes so that we never get bored of this Irish favourite.

Our three favourites are the original Rainbow Riches, Pick N Mix and MegaWays. Have a spin and decide for yourself which is your new top slot. 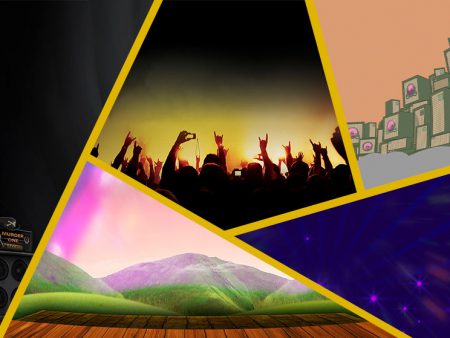