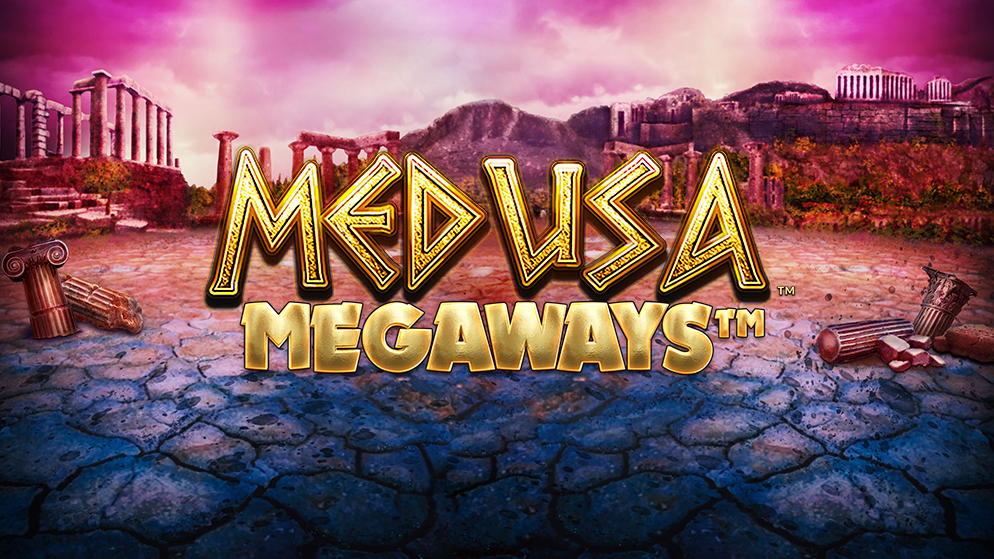 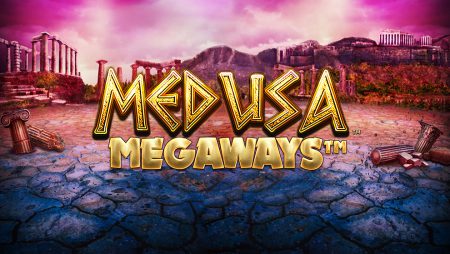 What is the Medusa Megaways Slot Game?

The Medusa slot is a Greek-themed slot machine extravaganza from NextGen. It has 5 reels and 25 paylines, with bets starting at 1p per payline! Medusa herself is the main character in this game and can enforce her powers upon the game whenever she likes.

Look out for re-spins, bonuses, Wilds and scatters with some lucky spin landings in this fast-paced casino game.

In Greek mythology, Medusa could turn people who looked at her into stone. She also didn’t look half as attractive back in the day as her face looks in this game.

Don’t be fooled, you may not be able to see the snakes living in her hair on the reels, but they are there.

Just because she looks quite pretty here, it doesn’t mean she’s any less lethal. All you can hope is that she’s on your side when it comes to the bonus features!

You probably couldn’t have squeezed any more Greek themed symbols into this game if you had tried. It is top-to-bottom Greek mythology mania. And that’s good.

The reels have got Pegasus, coins, and vases, and of course, snakes who appear to have been cut loose from Medusa’s head.

Naturally, with the theme of the game, you would expect it to have a dated look to it, and it works well. The overall quality of the graphics isn’t at the top of its game, but for the features you will soon find out about, it can be forgiven.

How to Play Medusa

You have 25 paylines to play on in the Medusa online slot, but you don’t have to play all of them if you don’t want to. All 25 will probably be automatically set up, but you can alter it if you wish using the + and – buttons below the reels.

The small numbered boxes around your reels will be fully coloured if the corresponding paylines are in play.

If you change the number of paylines you play, the cost of your bet will change accordingly.

Likewise, you can change the amount you wish to bet per payline and will see this echoed in the change in cost per spin. The number of paylines you play and the line bet will make up the ‘Total Bet’ which will be shown beneath the reels so that you know exactly how much you will stake per spin.

The most valuable symbols in standard play are the Temple and the soldiers, both of which only require a match of two-of-a-kind on a payline to win. The rest of the symbols, you will need to match three or more from left to right.

The coin and the snakes are of equal value, both offering a prize of up to 500 times your coin bet for matching five of the same symbols across a payline.

A pair of earrings and a pair of winged sandals could help you out to the sound to 200 times your coin bet, should you manage to land five of the same symbols across all five reels on a payline.

Landing five of either the ornamental vase or a healthy bunch of grapes across the reels could bring you up to 150 times your coin bet.

The last object looks like a knife or some kind of arrow-shaped weapon. The maximum payout for a full payline match of these is 100 times your coin bet per payline.

Medusa’s face is the Wild symbol. It is her game, after all, and you wouldn’t want to argue with Medusa! The symbol can appear on reels 2, 3, and 4 and can substitute for any of the standard symbols in creating and extending winning paylines.

When three or more of the Medusa Wild symbols appear on the reels, you will activate the Turned to Stone Re-spins. One of the three middle reels can become an extended wild throughout the rest of the free spins, allowing for more combinations to be reached.

All prizes are tripled during this feature!

You will be awarded three re-spins initially, but they could be re-triggered with a lucky spin.

The game’s logo is a Scatter symbol and will award a match of two or more anywhere on the reels, up to a maximum payout of 250 times your coin bet.

Land three or more of the logo scatter symbols and you’ll unlock this bonus. You will be awarded 10 free games, during which, all prizes are doubled.

A soldier symbol will be added to reel 3 during these spins and can award up to three Super Spins every time he appears. What makes Super Spins so super? They will multiply prizes by 5!

All accumulated spins will be played after the initial free games so all additional prizes will have the 5x multiplier applied.

When your Super Spins are taking place, you may be able to re-trigger more of them if you can land three or more logo scatters. If re-triggered, the number of Super Spins accumulated during the free spins will be awarded again.

If you land three Pegasus symbols on the reels, you can trigger the Pegasus bonus. You will be able to pick a Pegasus and win the prize which is revealed, which could be up to 50 times the triggering bet!

In some cases, you may be lucky enough to be able to ‘Pick Again’ or ‘Win all’. Pegasus bonus wins will be added to your prize fund once the round is complete.

The Pegasus bonus can also be won during free spins and Super Spins and will be multiplied by 2 or 5 respectively.

A Spooky and Powerful Slot

Doesn’t that just define Medusa? Spooky, powerful, and in this game perhaps an air of seduction. We do wonder if the snake hair would let her down, though.

It’s a great take on the mythical monster-woman. Being jam-packed with bonus features also helps to ease the fear of being turned to stone. The multipliers within the bonus rounds are likely to be the helping hands to build up that prize fund.

The Medusa slot is colourful, exciting, a bit busy, and fast-moving. If you’re prepared for an adventure you won’t be disappointed.

You can take Medusa for a spin at Betfred Casino.

The Return to Player (RTP) value of the Medusa slot is 95.416%, and with a relatively high variance you may need to play a few spins before you reap the rewards.

If you loved the Medusa online slot, why not come back and see what she has in store in Medusa II?

In keeping with the mythical, magical theme of this game, you could try out Merlin’s Millions or Cleopatra Plus.