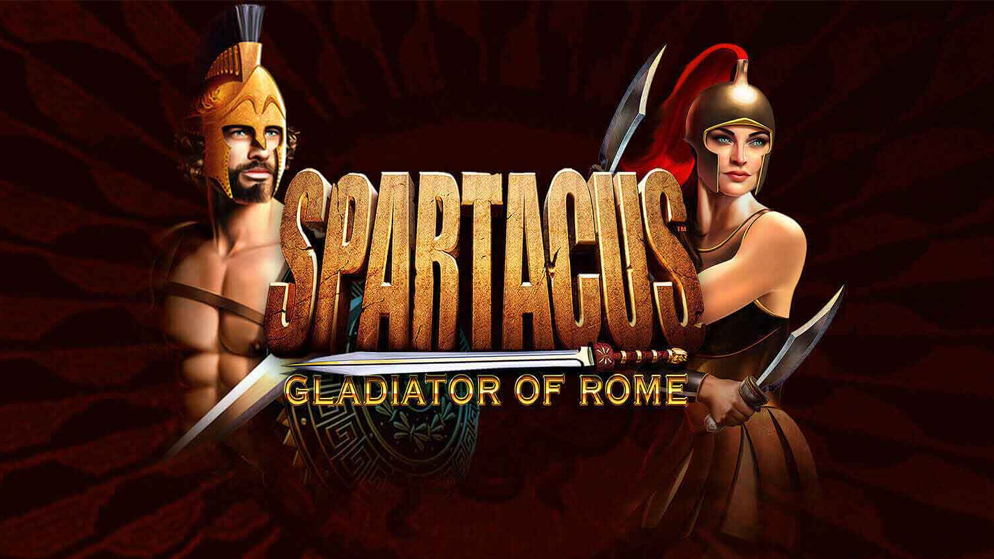 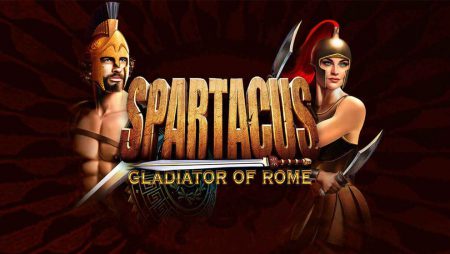 What is Spartacus Gladiator Of Rome Slots?

The Spartacus Gladiator Of Rome online slot is themed on the Roman Empire and was developed by WMS. There are two sets of five reels which differ in size. It has up to 100 paylines and bets start from £0.10. Unlock free spins with some lucky landings across both of the reels. The Wild symbols can also help you to maximise your prizes in this casino game.

Join gladiator Spartacus on his quest to become the greatest gladiator in Rome. They say Rome wasn’t built in a day and judging by the dual reel system in Spartacus Gladiator Of Rome slots, we don’t think that was either.

A step up from your typical slot game, this one has two separate reels. The activity of one, influences the other. One reel is 5×4 and the other is 5×12. At first glance, it can look a smidge overwhelming. Bear with us, let us explain in this Spartacus Gladiator Of Rome slot review.

We can see male and female gladiators on the reels, and plenty of gold to twinkle throughout the game. Dealing with Ancient Rome, we have got a great shot of the Colosseum and some helmets and sword for good measure.

If anything, there is quite a lot going on, but there is enough color to keep us going.

The golden palette at the bottom left of your game houses all you need to get started. There are 100 paylines in total, but if you wish, you can reduce the amount you play on, in increments down to 20. Use the up and down arrows next to the ‘Lines’ counter to adjust this.

The paylines are multiplied by the bet amount to decipher your total bet, which you can check is acceptable before you begin playing.

Your winnings will be displayed in the blue shape, and the blue circular symbol is the all-important Spin button.

How to be Victorious in Rome

Standard symbols in play are as follows. The gladiator in the helmet and the lion are of the same value and can pay out 2 times your bet amount for a 5-of-a-kind match.

The helmet and the sword will award a maximum of 1.5 times your bet for matching five on a payline.

As usual, the card suit symbols will pay back a sum equal to your bet amount for matching five of them.

What About A Spartacus Bonus?

The Scatter symbol is the Colosseum. You will need to land three of these across reels 1, 3, and 5 on both sets of reels to trigger the feature. Three symbols will get you 8 free spins and 2x your bet amount for any prizes; four symbols will award you 13 free spins plus 5x your bet for any wins.

Landing five or more Scatter symbols can award you the maximum of 20 free spins as well as 20 times your bet for any wins throughout the feature.

You may also win extra free spins during the feature if you land enough Scatters.

You will see the Spartacus Gladiator of Rome slots logo come and go from your reels. This is the Wild symbol and it can replace any of the standard symbols to create winning lines in standard play.

During the free spins feature, the Wild can stack on the main reels making a whole reel wild. It will then transfer over to the Colossal reel, making all 12 positions on the equivalent reel Wild. As a result, you could have an extra chance to match some symbols on the big reel.

The Gossip on the Gladiator

It looks extravagant, and with 100 paylines seems hard to resist. Once you get to grips with how it works and realise that there are not all that many bonus features, it is up to you to decide whether you like it. For all of its design, it could be made a lot easier to understand. Additionally, we haven’t seen many wins too often.

Some player reviews state that it can take a while to see a reward, whereas others just about break even.

If you are into the gladiator scene then you might enjoy the visuals, but if you’re in it for an exhilarating game, you may be disappointed. The luck it takes to land highest paying combinations compared to the maximum payout seems like we are being cut short.

The Return to Player (RTP) value in the Spartacus Gladiator of Rome slot game is 95.98%. Being a game of high variance means that you will have to be happy to play for a longer period of time to get a reward.

Fans of the historic theme of the game have plenty of choice in similarly themed games with different bonus features. You could take a look at Cleopatra Plus.