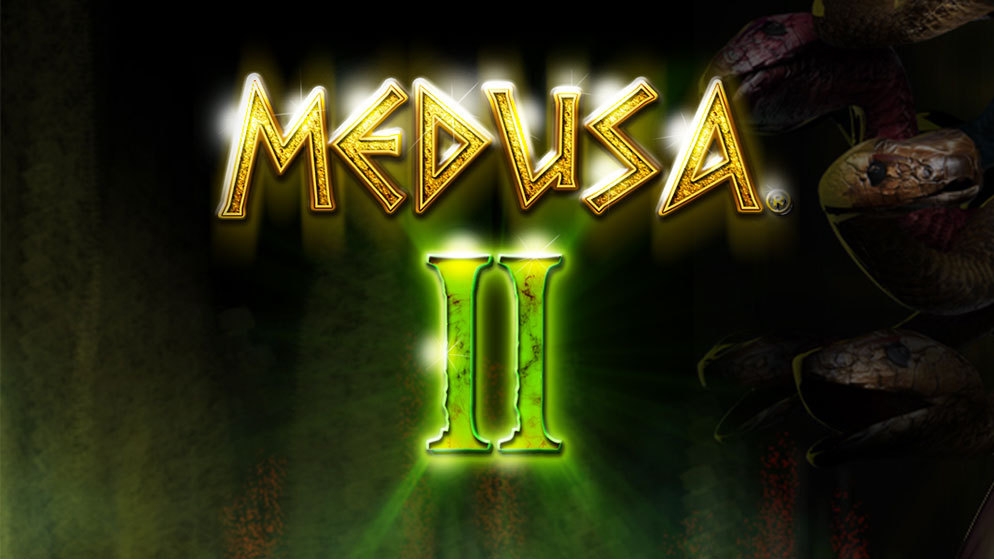 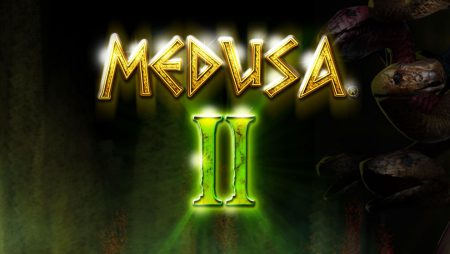 How to Play the Medusa II Slot

Step up in this second instalment of the casino slot game with the snake-haired creature of legend. Medusa II is a Greek mythology-themed slot, and a sequel to the original Medusa from Nextgen. It has 5 reels and 243 ways to win, with bets starting at 25p. Set upon some Greek ruins, you can spin and unlock reels, get free games and land some wild features, too.

If you’re not familiar with every inch of Greek mythology, you may struggle to make out one or two of these icons. We did, anyway. It could be down to a lack of knowledge, or instead, it could be down to poor quality of design.

The rest of the features surrounding the reels look like Greek ruins, and there are some swords at the front. The reels look at if they are integrated into the remains of a green temple. All in all, there’s not much grandeur about the graphics here, in sharp contrast to the bright and built-up first edition of the Medusa game.

All it takes to cover all of the 243 winning pay ways is 25 coins, and this is pre-set within the game. You can increase the value you wish to bet against these bet lines by pressing the up (or down) arrows beneath the reels which show a coin image.

Your total bet is displayed top left, so you can check how much your stake is before you start spinning. Your balance is also shown at the top right, in order for you to keep an eye on, too.

Gains with the Greeks

Now let’s discuss these symbols and see how much they are worth. You can win by matching three of the same symbols across any of the 243 paylines, but the biggest and best payouts come from matching 5.

The highest value symbol is ironically one which looks the least likely to.

We spent a while staring at it to figure out what the snake was hiding in. We have come to the conclusion that it is a soldier’s helmet. So, the helmet with a snake wrapped around and inside it, can pay out up to 400 times your coin bet for matching five-of-a-kind on a payline.

Next up is a trio of snakes. Golden snakes, in fact, who can pay out up to 300 times your coin bet for matching three of these symbols on a payline.

A wounded soldier who must have looked in Medusa’s eyes has been turned to stone. Regardless, he could still pay out up to 200 times your coin bet if you land five of him.

If you land five of the bags of arrows across all five reels, you could be looking at a payout of 200 times your coin bet, and up to 100 times it for landing five of the golden rings.

The card values from Ace to 10 are the lower value symbols in Medusa II, but to make it easy for us, they are all of equal value. Whichever symbol you can land five of across a reel will pay out up to 50 times your coin bet.

How About a Bonus?

Medusa herself is the Wild in this game, and can substitute for all of the standard symbols in play. You can also win if you land three or more Wilds on a payline, up to the sound of 500 times your bet!

Wilds can be stacked and appear on all reels, giving you maximum potential to grab onto some wins.

At any point during your game, you could be surprised by a soldier on a reel. Medusa will appear and turn him to stone, and then he will reveal a stack of Wilds.

Again, the Wilds can substitute for any symbols, so you may have him to thank if you get a win out of it.

Any 2, 3, 4, or 5 adjacent reels may lock and spin together to show the same symbols. You could be looking at some good wins here, if Medusa is good to you!

The Scatter symbol is the Medusa II logo and by landing 3 or more anywhere on the reels, you can win 10 free games. Every one of those free games is a Locked Reels Spin, which could work nicely for you!

Matching between three and five scatters can also pay out up to 250 times your bet.

It rains during your free games, for some bizarre reason.

Whenever you land a win, no matter how big or small, you have the choice to gamble. There is a symbol under the reels which shows a heart and a club.

Another window will pop up where you can choose to gamble your winnings on either the colour of the card to be turned over, or the suit. If you get it right, you can do it again.

If you do get it wrong, you will lose everything won in the triggering spin.

You can also choose to just take the win, if you’d prefer to play it safe.

Our Sentiment on the Sequel

Medusa II is a very different slot to its predecessor. The features are different, the symbols are different, and the whole mood of the game seems different. The paylines, however, are very generous. 243 is definitely plenty, and the special features appear to be quite generous on average.

If you’re less bothered about the look and more focused on the features, then you may be right at home with this slot.

Want to check it out for yourself anyway? Play it at Kerching.

The Return to Player (RTP) value of the Medusa II slot is 97.07% which is relatively high.

First of all, you must take a look at the Medusa Megaways slot at Betfred Casino, and you will see the comparison.

If you want to try some other Greek or Roman-themed games, why not read our reviews on Cleopatra Plus, Divine Fortune and Medieval Money.