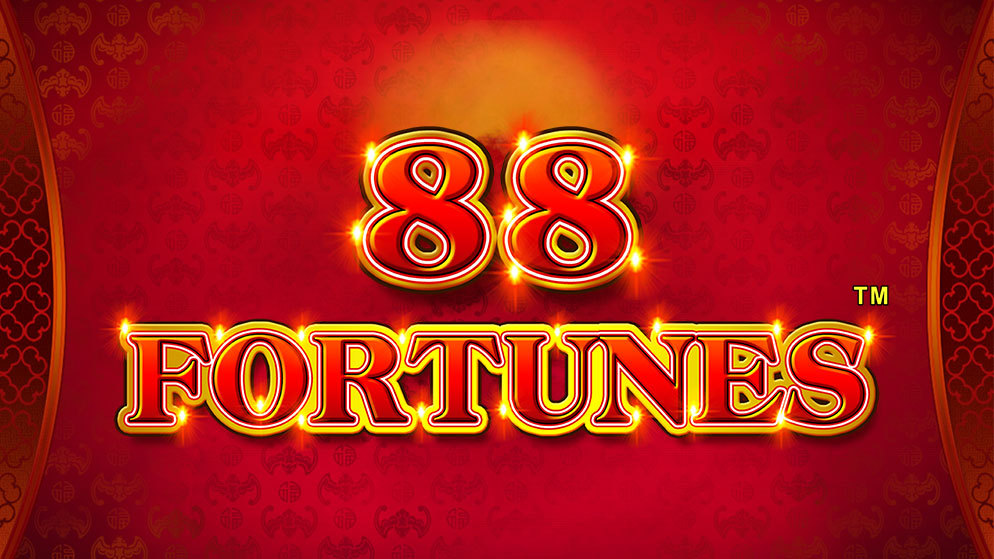 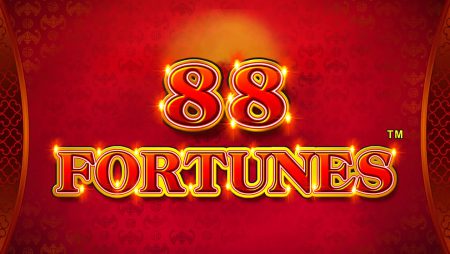 What is the 88 Fortunes Slot?

88 Fortunes is a Chinese themed slot, developed by Scientific Games. It has five reels and 243 ways to win, with bets starting from £0.08 per spin. With four jackpots to unlock, five levels of the game to play and free games to unlock, you are certain to have fun playing this red and gold heavy slot.

Step into this sparkling slot which, although it may look overwhelming to start with, has the potential for you to land some good wins. This Chinese themed slot features a variety of symbols which are considered lucky, but the real question is, will you be lucky with your reel landings?

If you like what you see, you can play 88 Fortunes at Betfred Casino.

If you’re a fan of either red or gold, 88 Fortunes will be easy on the eyes for you. It is popping with bright colours, with lots going on. The quality is pretty good, too. There are some discreet yet intricate patterns in the background of the game which all add up to create an inviting experience.

Get set to Play

There is quite a lot of choice when it comes to choosing how much you wish to bet.

There are five golden blocks on the left-hand side of the reels, each of which adds some extra worth to the game. With extra worth comes a higher stake.

Level 1 brings one gold symbol to the game is worth 8 credits. As you increase the levels, up to level 5, there will be the equivalent number of golden symbols in play. If you are not playing all of the gold symbols, then they will simply be in a standard colour, not the glowing gold.

To play at level 5 will cost 88 credits. You can increase the size of your bet by changing the multiplier beneath the gold blocks. You can set it between £0.01 up to £1, meaning bets can range from £0.88 to £88 to play the maximum number of gold symbols.

Your total stake will be shown in the STAKE window beneath the reels. Once you’re all set, hit the golden spin button.

With 243 ways to win, there is less focus on paylines. You simply have to land three or more of the same symbols on adjacent reels from left to right to win.

The value of the main symbols will vary depending on whether you’re playing the gold version or not.

To give you an idea of the status of the symbols, the bird is the highest value. The ship, turtle, gold coins and ingots follow afterwards.

There is quite a substantial change in the value from standard to a golden symbol. It may be wise to have a play around with different bet values and levels to find a suitable stake where you can get enough golds to suit your gameplay.

We’ve got two key special features here which could be the key to unlocking some bigger and better wins.

What the Fu? Fu Bats are regarded as lucky symbols in Chinese culture, and they can be Wild if they land in a potentially winning combination. They can substitute for all of the standard symbols in play.

Whenever you land them on the reels, some money is added to the big pot of coins, namely, the jackpot, with each spin.

Every time you land one of these intricately weaved symbols, there is the chance that you could play for the jackpot. If you are lucky, you will be taken to a screen where you pick some gold coins to reveal three matching babies. The babies correspond with one of the jackpots.

The grand jackpot is the child in the yellow circle, the major is in the pink circle. The blue circle is the minor jackpot and green is the mini one. The number of jackpots available depends on the level of your gold bet.

The value of the jackpots depends on how much you are playing, and being a progressive jackpot means that it increases every time it isn’t won. Don’t think that you need to keep spinning to eventually win. It is a game of chance; the progressive jackpot runs across all players of the game and could happen at any point.

Gongs are scatter symbols in 88 Fortunes. Land three or more of them starting at the leftmost reel and you will be awarded up to 10 free spins.

During the free spins, you will be taken to an alternative set of reels where only the higher-value symbols will be shown, meaning that any wins you do get should be valuable!

It is also possible for the Fu Bat to be triggered during these extra games.

You may be able to re-trigger the free spins, too, with some lucky landings. Your free spins will end when you run out of spins.

The Verdict on 88 Fortunes

This slot is very exciting and with the ability to play more golden symbols – it really is a great game. It’s a wonder it is only called 88 Fortunes, when there are 243 ways to win, not including the bonus features.

It is quite busy, but keeps you engrossed with all of the beautiful details, and is worth a spin or two, even just to experience the way it looks. The traditional sounding backing track gives us a real essence of China and adds an extra dimension to the gameplay.

Return to Player (RTP) value in the 88 Fortunes slot averages around 96%.

For another slot which is exciting and thrilling from the outset, you could take a look at Lock It Link Nightlife.

To broaden your horizons and find out what other brilliant games and genres are out there, you should have a read through our round-ups of the Top Music Themed slots, or the Top Video slots available at the moment.