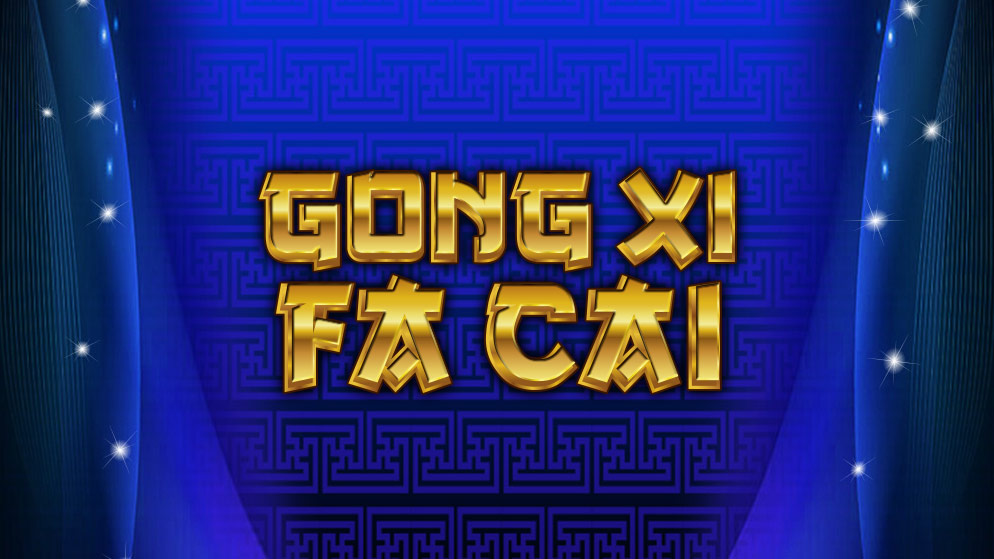 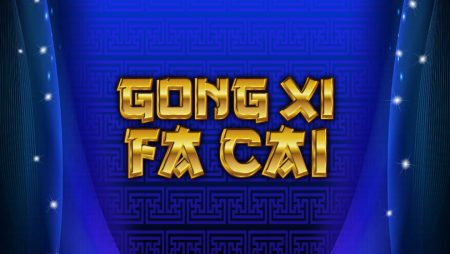 Gong Xi Fa Cai slots is a Chinese New Year themed release from developers IGT. There are 5 reels and 50 paylines, with bets starting at £0.75. There are symbol replacement features, free spins, and multipliers waiting to be played if you land a lucky spin. The mascot in this game is the Chinese master carrying the gold.

Gong Xi Fa Cai slots has a progressive jackpot which varies per player and per bet. There are many other special features waiting to be played in this casino game.

This vibrant release from IGT encompasses all of the colour and tradition that is associated with Chinese New Year. For those not familiar with Mandarin, the name of the game translates to

Happy New Year, hence the theme. If you’ve ever seen a Chinese New Year parade, you may recognise some of the symbols. The little Chinese character to the bottom of the reels will accompany you through your game, but first, why not read our Gong Xi Fa Cai slot review.

Sticking to not only Chinese tradition but slot tradition too, this game is laid out on a 5 x 3 reel. There are some new and different special features to spice up your game. Let’s explore!

There is no denying that this game is an explosion of colour and joy. The pile of golden coins beneath the reels looks very inviting.

The familiar Chinese dragon looks great on the reels, as do the fish and the symbols with Chinese symbols on them. Our little friend holding the golden pot of gold coins looks like he is wearing traditional dress and perhaps he represents a symbol of wealth with his bejewelled headgear.

Gong Xi Fa Cai slots has 50 paylines which are always in play. The set value to play all paylines plus the bonus features is 75 coins. You have the power to adjust the value of these coins, between 1 and 10, using the + and – buttons in the Coin Value box beneath reel two.

The Total Bet box will show you the amount that you will stake per spin. Once you are happy with that amount, you can click the golden Spin button to begin.

Your balance is displayed just beneath reel five, so you can keep an eye on how your funds are doing. If at any point you wish to change your amount for the next spin, return to the + and – buttons.

Spin it to Win it

With 50 paylines to play on, there are a number of ways in which you can win, but you must match at least three of the same symbols on one of the paylines to reap the rewards.

The paylines are played from left to right, and so your winning paylines must begin on the leftmost reel and work their way across the reels to the right.

The highest value symbol in standard play is the Chinese dragon. The green character in the red frame can award you up to 550 times your coin value for a five-of-a-kind match across the reels.

The red-feathered Phoenix in the purple frame is also valuable, bringing you up to 200 times the coin value for a full-five match on a payline.

The two fish in the blue frame and the Chinese dog in the green frame have maximum payouts of 125 times and 100 times your coin value respectively.

As we usually see in slots games, the card value icons, 10, J, Q, K, and A, are the lower-value icons and will pay out between 5 and 50 times your coin value depending on how many of the same symbol you match.

The Wild in Gong Xi Fa Cai slots is a red and golden icon with ‘WILD’ written across it in green. Not only can it substitute for the other standard symbols to make winning paylines, but it can also win itself by matching three or more on a payline. Wild matches can pay out up to 600 times your coin value!

There are certainly some different takes on bonus features in this game, which is great as they set it apart from other similar themed games.

In the base game, reels 2, 3, 4, and 5 contain dynamic symbols which house the high-value icons. This means that before each spin, on each individual reel, all dynamic positions on that reel will be transformed into the same symbols.

The Chinese letter symbol is the scatter, and when three of these land on reels 1, 3, and 5, you can trigger the bonus.

The free spins bonus awards 8 spins, and during this feature you will only see the higher value symbols on the reels, not the lower value ones.

They’re gold-plated symbols in this feature too – lucky you! This means that you could be more likely to match more valuable wins.

If you spot a small circular addition to some symbols on the reels which says 2X, 3X, or 5X, that is the multiplier icon. It can only appear on the Dragon, Phoenix, Fish or Lion on reel one.

Landing one of these as part of a winning payline will multiply your win by the number displayed.

After any base game which contains one or more multipliers, the Lucky fortune Progressive Picker can be triggered.

You will have to select a red envelope to collect a coloured gem and keep selecting the envelopes until you have matched three gems. The colour of the gem is associated with the progressive jackpots. Red is Maxi, Blue is Major, Green is Minor and Purple is Mini.

The Maxi and Major jackpots are progressive and funded by a fixed percentage of each bet placed by all players playing for that jackpot. The Minor and Mini jackpots are personal and only winnable to the player.

Our Thoughts on the Celebration Game

Action-packed and brimming with colour, this game is one which will keep players entertained at any time of the year, regardless of if it is time to celebrate Chinese New Year. The bonus features, particularly the progressive jackpot, may give players a sense of gameplay development each time they play.

The upbeat accompanying music with each spin brings another layer of the Orient, with traditional-sounding instruments.

If you like a screen filled with gold and shiny things, then you may well enjoy this.

If, after having read our Gong Xi Fa Cai slot review, you have any further questions, we hope they can be answered here.

You can play Gong Xi Fa Cai at Betfred Casino or Jackpot Jones.

The Return to Player (RTP) for this game varies in line with the progressive jackpots, however, is between 92.41% and 96.23%.

This is within a fairly good region, and paired with a medium-high variance, there is scope for decent payouts, even if they aren’t too often.

If the themed-games like this are your favourites, you could also look into Egyptian-style slots such as Cleopatra Plus, which is packed with bonus features. Perhaps you might like to try out an adventure slot? Give Gonzo’s Quest a spin.

Asian-inspired slots are popular across all providers and casinos, but here are two to start with if you would like to stay with this theme. Take a look at Pig’s Feast at Bucky Bingo or Big Win Cat at Temple Slots.