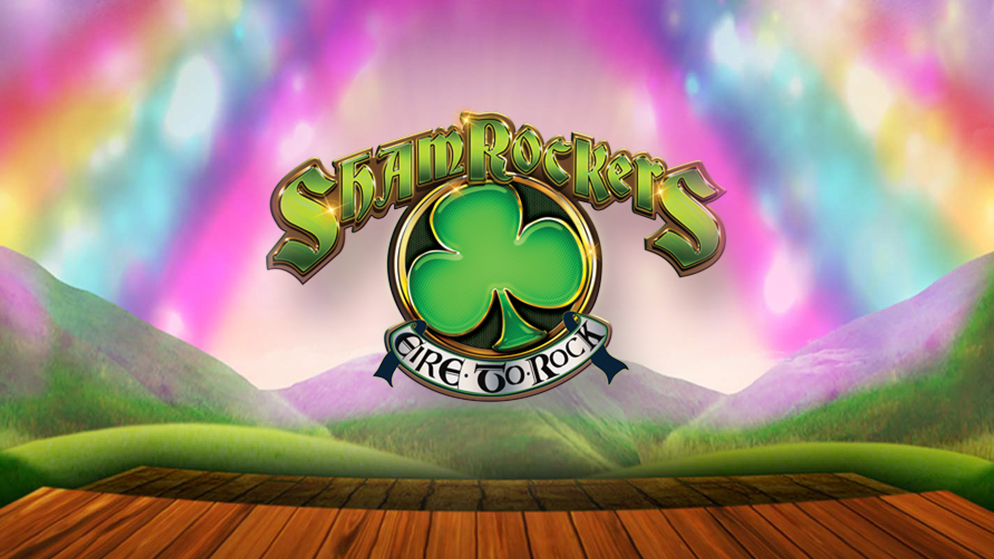 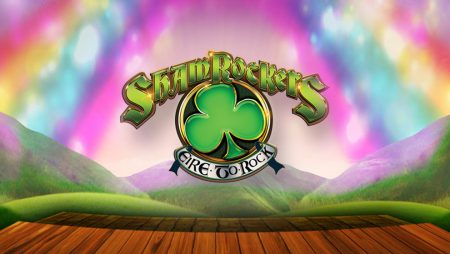 Shamrockers Eire To Rock slots is an Irish theme slot, developed by IGT. There are 5 reels and 20 paylines in play throughout, with bets starting at £0.20. There are some great special features to be unlocked, including free spins, if you have a lucky landing. The four band members are displayed across the reels with their individual instruments. Shamrockers Eire To Rock has Wilds, spins and special stack features waiting to be accessed in this modern take on the typical Irish themed casino game.

Everybody loves an Irish-themed theme, and in this one, not only do you have a red-haired leprechaun, but his band as well. The four-piece are here to entertain you, but the showstopper we all need to focus on is the giant orange quiff that the lead singer is sporting. Rock and roll. Read through our Shamrockers Eire To Rock online slot review to see what you’re in for.

Set on a dream-like rainbow coloured sky on a stage amongst the hills in the Irish countryside, the concert commences as you spin the reels. With 20 paylines to play on across 5 reels, it is a familiar layout which is played from left to right. Staying true to the name, the Shamrockers are Eire to rock so be prepared for an instrumental solo for every win you land with a band member.

The reels have a golden Celtic pattern on them, encompassing the theme of the Emerald Isle.

As mentioned, the characters in the Shamrockers Eire To Rock slots are all a bit funny-looking, so they make for entertaining viewing as they pass around the reels.

Depending on what kind of device you are playing on, and the resolution of the screen, you can adjust the quality of the display to make your reels spin at the right speed without lag. Just click the spanner to the bottom right hand of the screen.

Everything you need to get set to play is in the dark green banner beneath the reels.

All 20 paylines are always in play, but you can adjust the amount you bet on each line from 1 to 100. The ‘Total Bet’ box will show you the total amount you will stake per spin. When you are happy with the amount, hit the golden button to start your first spin.

Your wins per spin and your balance are displayed to the right-hand side of the spin button.

Now that you’re set up to play, you’ve sound-checked and the band is ready to rock, let’s see how you can win.

The highest-value symbols on the reels are the band members. To win, you need to match at least three of the same symbols from left to right.
Our extravagantly-coiffed frontman is worth the most. If you land five of the lead-singer symbols on a payline you could win 500 times your line bet. When you win with the lead leprechaun, you will hear his best Elvis impression as he celebrates.

The guitarist can pay out up to 250 times your line bet for a five-of-a-kind match. Wins of any size with him will award you with a rocking guitar solo.

If you land a full payline of drumming pixies, not only will you get a drum solo, but up to 100 times your bet line amount. Lastly, the fiddler can pay out a maximum of 75 times your line bet for a full five match. Don’t forget his solo, too!

Lower-value icons are, as usual, the card symbols. In this game, they have nice little patterns on them. The highest possible payout for the Ace is 30 times the line bet. For the King and Queen, you could win up to 25 times your line bet, and 20 times for the Jack and 10.

The wild symbol in Shamrockers Eire to Rock slots is, you guessed it, the Shamrock. It can substitute for all symbols except the bonus symbol and help to create and expand winning paylines. The Wild can appear on reels 2, 3, 4, and 5.

What about some Shamrock Specials?

There are indeed some special features which can help to increase your prize pay-outs.

The Scatter bonus symbols have a ticket on them saying ‘Admit One’. This must be your ticket to the concert. Land three of the bonus symbols anywhere across the middle three reels to trigger the Free Spins.

You will be awarded four free spins. On each of the spins, a different band member symbol will show up as a stack down a whole reel, giving you a greater chance of matching a win across a payline.

Your free spins will be sound tracked by the concert, listen out for the screaming crowds!
Triggering the bonus awards you two times your total bet from the spin which landed it.

The maximum number of free spins you can win is 240!

For every spin you make, one symbol is randomly selected as the Dynamic Stack. This means that the symbol is stacked on a reel giving you an increased chance of creating those winners. You can have stacks of two symbols, or even a full-reel stack of three.

Rock n Roll! This game is fast becoming one of our favourites. It’s a different take on the usual Irish themed games, and instead of just a fiddle or a tin whistle, we have the full band.
The special features are clearly there to help you get those wins.

You may have to play a fair amount of spins before you get a payout, but with the bonus features, it is expected that you could make back a decent amount. Be patient! You could also get big wins in standard play which will help you out.

Overall, this is a great, modern take on the typical Irish slot, and it is a joy to play.

You can experience Shamrockers at Betfred Casino.

The Return to Player (RTP) value averages around 94.2% which is decent in the world of slots. We mentioned it might take a while to get a big win, this is because the game is one of high variance. Less frequent, but often larger rewards.

If you like the musical element to this game, there are plenty out there with music themes, such as Jimi Hendrix slots or the Guns and Roses slot, both from NetEnt. For those more into the colour and fun of the slot, there is the Mexican-themed Spinata Grande which is a big hit.