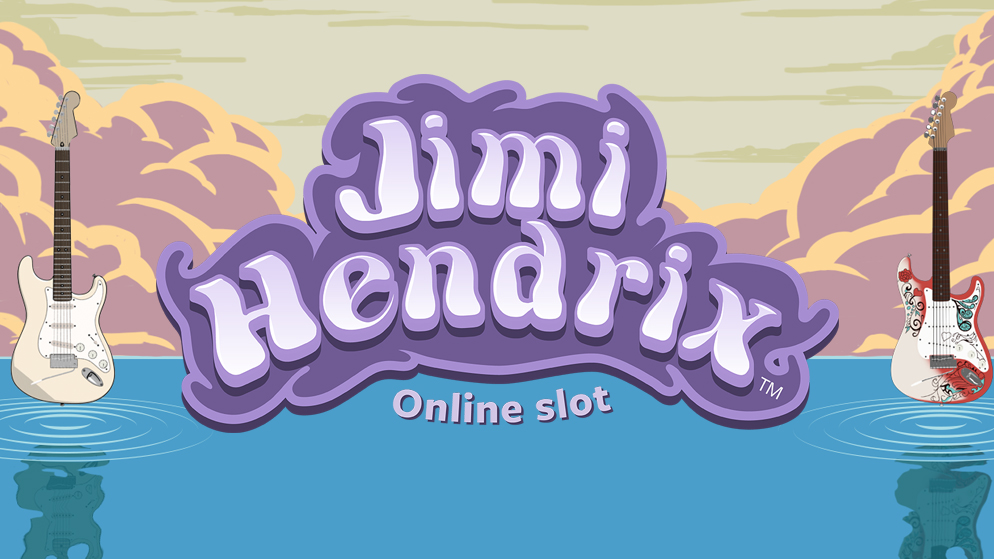 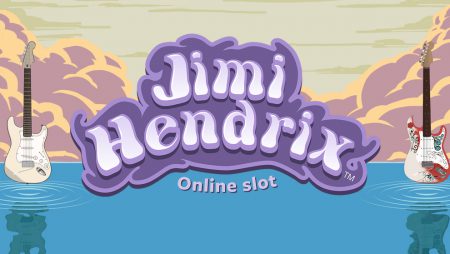 Where can I Play Jimi Hendrix Slots?

Jimi Hendrix slots is a colorful and musical slot developed by NetEnt. There are 5 reels and 20 fixed paylines in the game, with bets costing as little as £0.02. There are lots of free spins to unlock as well as multiple other bonus features. Hendrix is the main character in the game, with the special features named after his songs, and a rock & roll feel throughout. Jimi Hendrix slots has a lot of bonuses waiting to be unlocked in this special tribute casino game.

Are you seeking some musical treasure in your life? Look no further. The Jimi Hendrix online slot game is here to bring you some funky tunes whilst you experience the wonder of the nostalgic Woodstock vibes. The game, powered by NetEnt, is set on a pink mountainous backdrop and immersed with flower power.

At first glance, it’s confusing as to whether they have superimposed Hendrix’s real face onto a cartoon or made him into a full, realistic-looking cartoon. We think it’s the latter. You’ll see what we mean, particularly in the opening credits.

Generally speaking, the colours are bright and inviting, and the graphics are simple yet individual. No awful over-the-top imagery here to put you off! Winning combinations will be identified by a surround of little coloured flowers.

Preparing to play is easy, just adjust your bet level and coin value in conjunction with how much you’re willing to wager. The buttons to adjust the coin value are to the bottom right of gameplay, and the bet level is bottom right. The big green circle in the middle is your spin button, but should you wish to sit back and enjoy the music, you can hit Autoplay and choose how many auto-spins you’d like.

How to Win with Jimi

There are heaps of ways to win in this game, so let’s start with the basics. To win in any way, you must match 3 or more of the same symbols across the reels. The paylines are played from left to right, so the winning symbols will need to work their way over from the left-hand side.

The highest paying symbol in standard gameplay is the golden peace symbol, paying up to 150 times your bet level for matching five-of-a-kind. The heart pays out up to 125x, followed by what looks like a record, paying a maximum of 100x your bet level for a full five match. The flower and eye symbol pay up to 90x and 80x your respectively.

The lower paying symbols are the 10, J, Q. K, A, paying between 5 and 75 times your bet level depending on the match. Keep an eye out for a special feature where these symbols could do more for you.

Make sure you look out for Jimi’s head on a purple background. This symbol is the Wild and can substitute all the high & low value symbols to help you make a match.

Are there any Bonus Features?

You bet there are! There’s quite a few, actually.

First up is Purple Haze, yes, named after the song. The feature is activated when you see a full body Hendrix on a purple background land on reel 1. Any symbols which are 10, J, Q K or A, will be transformed into Wild symbols. They only change for one spin, though, so make the most of it. Following that spin, the original Purple Haze Wild will remain on reel 1 for an extra spin.

When three or more scatter symbols appear on the reels, you can activate Pick & Click. The Scatter symbol is Hendrix wearing white playing a white guitar, and will appear on reels 3, 4 and 5.
The Pick & Click game presents four different prizes, which are hidden behind speakers. The prizes are either a coin win or different types of free spins which I’ll come to after. You need to match 3 of the same prize symbols to be awarded it.

Look out for the golden coin with Jimi’s side profile on. Match three to be awarded a random multiplier of between 8x and 30x your initial bet.

The fiery guitar icon must be symbolic of the guitar riffs on the real Crosstown Traffic track. Collect three symbols to be awarded 6 free spins. Wilds will move along the reels during each spin from right to left, perhaps like crosstown traffic, to help you make as big a win as possible.

Don’t let the duplicate name of the other bonus confuse you. These free spins are activated by matching three guitar symbols surrounded in what can only be described as… a purple haze? You can be awarded up to 12 free spins during which the lower value 10, J, Q, K A symbols will all be turned into Wilds. Say hey to some big prizes!

Find three of the guitars dripping in blue to unlock between 6 and 12 free spins. The difference here is that between 3 and 5 overlay Wilds will appear randomly on the reels for each spin. With Wilds substituting the other value symbols, you could get lucky with this bonus.

A nice-looking game with an excitable backing track is always a good start. The design of the bonuses means that they’re not all that different from each other, but each possesses its own speciality to help you win that big money. If you’re a particular fan of Hendrix, you’ll love this homage to him. It’s also great that it isn’t tacky.

Get into the groove at Temple Slots or Prospect Hall.

The Return to Player (RTP) of Jimi Hendrix slots is 96.9%, which is a good level of return. It is a game of medium variance, which means you are likely to get decent wins quite often.

If the music theme is your new favourite, then you might like to try out the Guns and Roses slot, also from NetEnt.

For another game with lots of bonus features, you might like to try Wheel Of Fortune On Tour, in keeping with the music theme, of course.